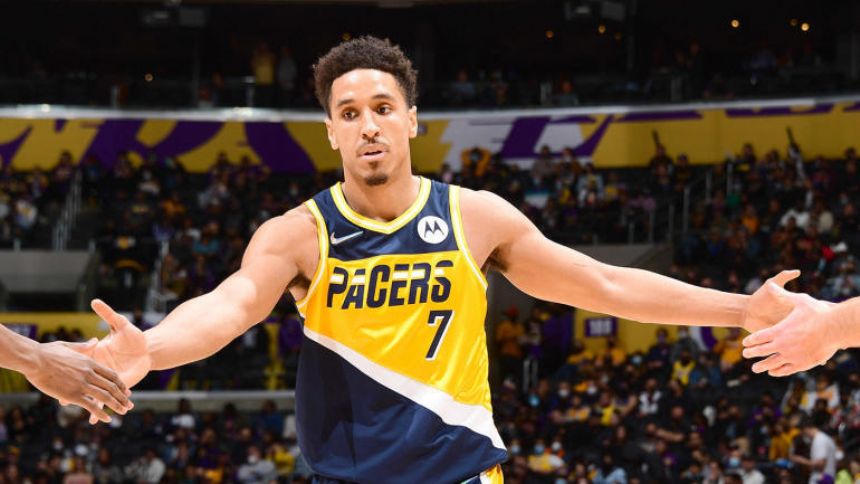 After making it all the way to the 2022 NBA Finals and ultimately losing to the Golden State Warriors in six games, the Boston Celtics are making some roster changes. On Friday, the Celtics traded Daniel Theis, Aaron Nesmith, Nik Stauskas, Malik Fitts, Juwan Morgan and a 2023 first-round pick to the Indiana Pacers in exchange for veteran guard Malcolm Brogdon, according to Adrian Wojnarowski. Brogdon averaged 19.1 points, 5.1 rebounds and 5.9 assists in 33 games for the Pacers last season.'

The trade comes just hours after it was reported veteran forward Danilo Gallinari would be signing a two-year deal with Boston after clearing waivers. Gallinari was traded to the San Antonio Spurs from the Atlanta Hawks earlier this week, and the Spurs proceeded to waive him as they appear to be heading for a rebuild.'

The fact the Celtics were able to add two proven veterans in Brogdon, 29, and Gallinari, 33, without having to part with any of their core pieces is a major coup for them. They already appear to be deeper -- and potentially better -- than they were last season. Like the Spurs, the Pacers appear to be in the midst of a rebuild of sorts, so the move makes sense for them as they got a first-round pick back in the deal. Plus, in Tyrese Haliburton they already have a young point guard to build with moving forward, so they decided to get some value back for Brogdon, who only has one year remaining on his current contract.'

This is one of those deals that makes sense for both teams, and one that both sides could feel good about. The Celtics get to bolster their roster which is clearly built to win now, while the Pacers add a valuable asset as they look to build back into a contender in the Eastern Conference. Time to grade the trade:

This move is a no-brainer for the Celtics, who get a legitimate playoff rotation piece in Brogdon in exchange for proverbial pennies. They won't miss any of the players they traded, and while no team likes to part with first-round picks, those are the types of moves that contending teams need to make in order to improve. It's not like the pick is going to be too high anyway. Boston was looking for a true playmaking point guard, per Wojnarowski, and they got that in Brogdon. Now, the Celtics just have to hope he can stay healthy as the guard has battled injury issues throughout his career. If things don't work out, the two sides can simply part ways prior to the trade deadline, or next summer, as Brogdon's current contract is expiring. Overall, it's a high-reward, relatively low-risk move for Boston.'

From the Pacers' perspective, the move is a prudent one. They're not positioned to truly contend as currently constructed, so they get a first-rounder back in exchange for a veteran player who probably didn't have a long-term future with the franchise. The pick probably won't be too high as the Celtics project to be very good again next season, but it's still valuable nonetheless. Brogdon is set for free agency next summer, so the Pacers avoided losing him for nothing. The argument could be made that they should have held onto Brodgon until the trade deadline in order to maximize his trade value, but that's simply speculation. The team found a deal they liked now, and moved on it. There's nothing wrong with that.'