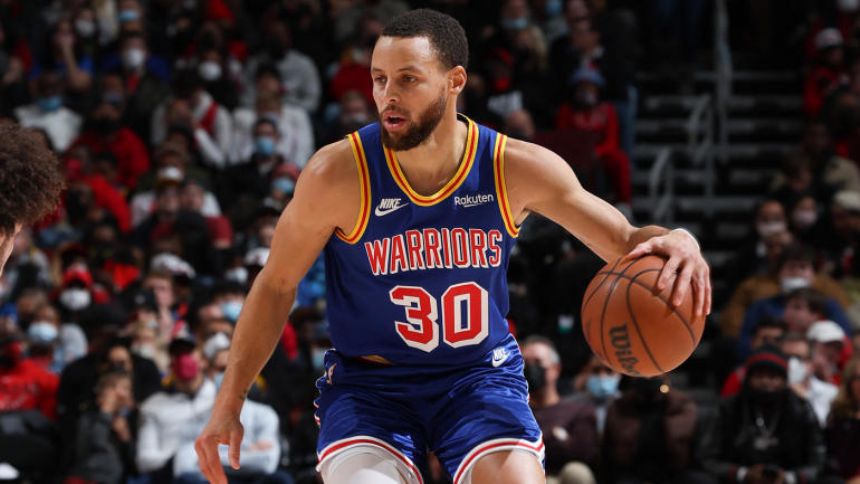 Every team looks to bounce back strong after a big loss, but the Golden State Warriors took things to historic levels on Friday night. After trailing by 39 points at halftime en route to a 118-99 loss to the Milwaukee Bucks on Thursday, the Warriors turned around and built a 31-point halftime lead against the Chicago Bullsin a 138-96 win the very next night.

The 70-point discrepancy in halftime scoring margins is the largest for any NBA team on consecutive days in the shot clock era, according to ESPN Stats and Info.

The two games were absolute polar opposites, and you probably wouldn't have even guessed that the Warriors team that played on Friday was the same one that played on Thursday. Adding to the shocking result, the Warriors were without Klay Thompson and Gary Payton II, who both started the previous night against the Bucks.

Andrew Wiggins led the Warriors with 20 first-half points against Chicago, while Stephen Curry, Jordan Poole and Jonathan Kuminga all landed in double-figures. Veteran forward Andre Iguodala also had one of the nicest passes you'll see all season in the second quarter.

The offensive explosion came at the perfect time for the Warriors, who had put up just 96.4 points per 100 possessions over their previous five games, the lowest rate in the league over that stretch. It's also impressive that they were able to do it without Thompson, Draymond Green and other key players against a Bulls team that has been a top-10 defense for most of the season.