Why Bill Russell was much more than just a legendary athlete, plus Deebo Samuel gets paid 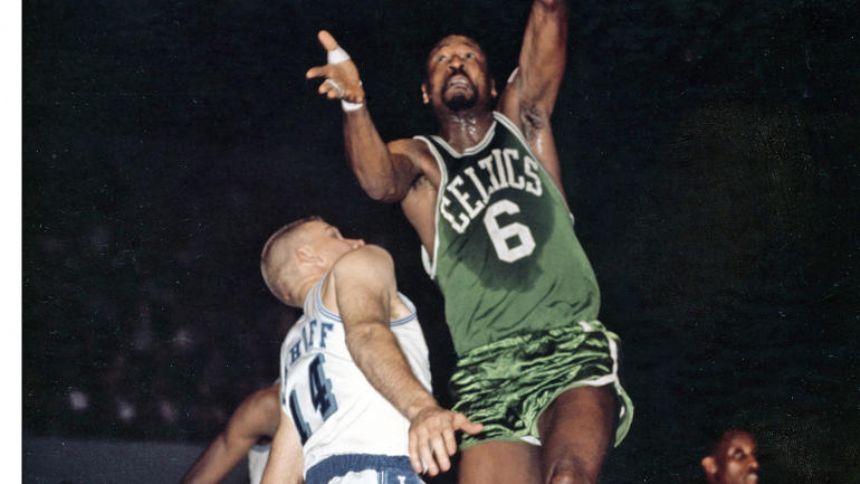 Happy Monday morning, everyone, and welcome to August. I hope you're doing well. We have a few big stories to get to immediately, so today's newsletter has a slightly different format than normal.

Bill Russell, the 11-time NBA champion and a civil rights activist, . Russell spent his entire 13-year career with the Celtics, with nine of his titles coming as a player under the legendary Red Auerbach and the final two as a player-coach.

Known as the greatest champion in the history of team sports, Russell racked up :

You can see Russell's accomplishments by the numbers'.

Russell's path to building the legacy he did was truly remarkable -- and required incredible perseverance. Born in Louisiana in 1934, Russell wasn't a well-known recruit and eventually made his way to San Francisco. He then led the Dons to back-to-back national titles in 1955 and 1956 and also won an Olympic gold medal in 1956.

The No. 2 overall pick that year, Russell became the backbone of the Celtics' dynasty while also being one of the most socially conscious athletes of his time. He appeared at Martin Luther King Jr.'s "I have a dream" speech and supported Muhammad Ali after he refused to join the military.

Many of the game's all-time greats as well as present-day stars have on social media.

The NFL's decision regarding potential discipline for Browns quarterback Deshaun Watson , as reported by AP Sports NFL Insider Josina Anderson. The NFL is reportedly pushing for an indefinite suspension for at least the entire 2022 season.'Sue Robinson, a former federal judge, will deliver the decision.

The Browns Jacoby Brissett back in March -- one day after they traded for Watson, in fact -- and Brissett has taken plenty of first-team reps so far in training camp. Brissett, 29, started five games for the Dolphins last season and has also started for the Colts and Patriots. Cleveland also has Josh Rosen and Joshua Dobbs on its roster.

We'll soon know how many games that combo of QBs may need to play in 2022.

There will be no more holding in from Deebo Samuel. The 49ers' do-it-all star wide receiver has agreed to as the summer of the big-money wide receiver continues.

Samuel is an electric talent who is a thrill to watch -- only Cooper Kupp had more yards after the catch last year. He is a perfect fit for the modern NFL, where getting the ball to playmakers in space is paramount. Of Samuel's 136 touches last season, nearly 60 came when he lined up in the backfield, nearly 50 when he was split out wide and over 30 when he was in the slot.

This is obviously a huge, well-deserved win for Samuel and the 49ers, who will now surround new starting quarterback Trey Lance with Samuel, George Kittle, Brandon Aiyuk, Elijah Mitchell and a strong offensive line.

The Seattle Mariners seem quite serious about ending their 21-year playoff drought. They're certainly spending like it at least. The Mariners traded for two-time All-Star Luis Castillo over the weekend, .

Castillo -- whose 597 strikeouts over the last four seasons rank 10th in MLB -- did not come cheap. The Reds got a strong return of Seattle's top prospects:

'from MLB expert R.J. Anderson, but it's the Mariners we'll focus on for now. They haven't made the playoffs since 2001 but currently sit second in the AL Wild Card race.