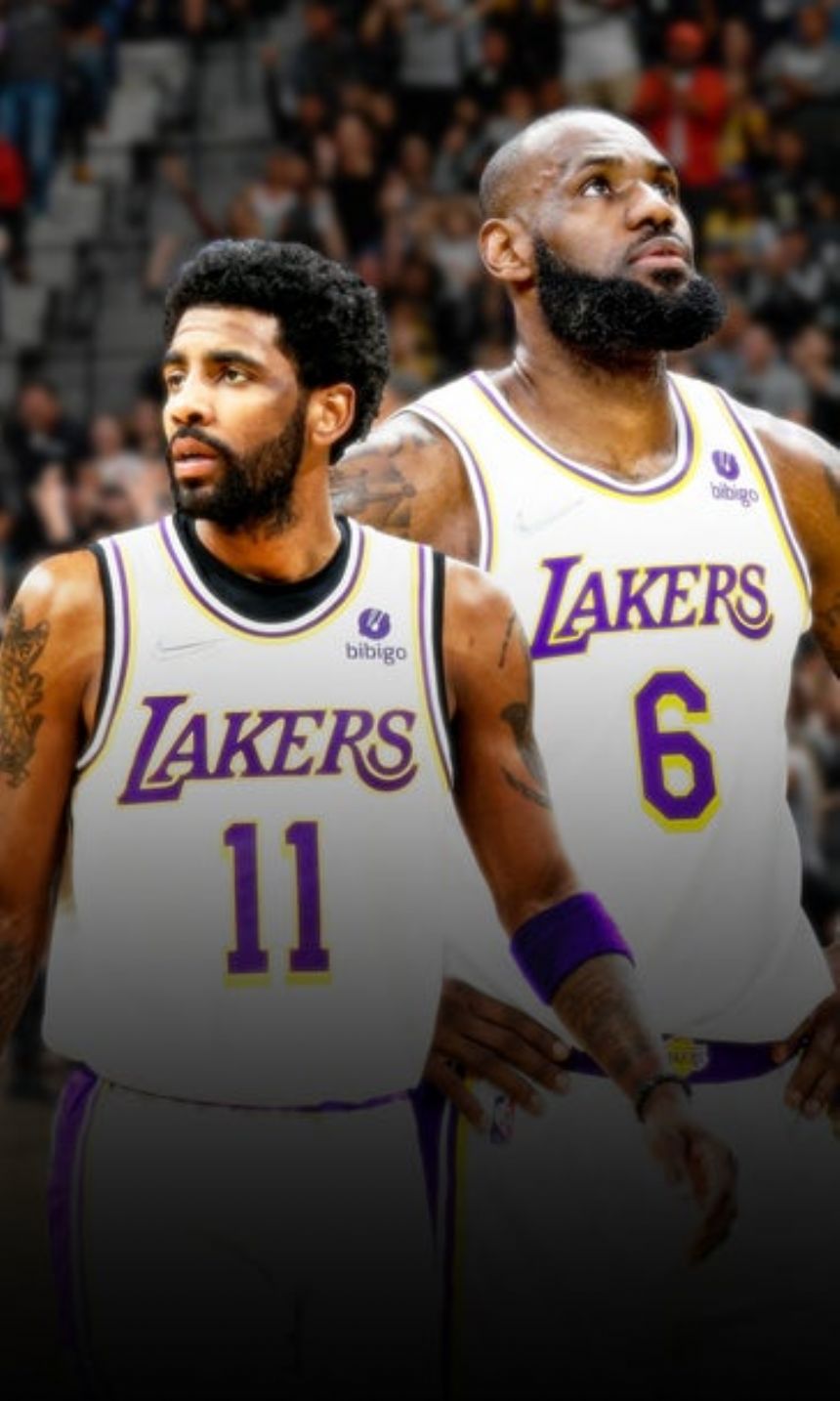 If Kyrie Irving declines his player option with the Brooklyn Nets, a reunion with LeBron James could be likely.

In fact, according to one report, the Los Angeles Lakers are considered the "most significant threat" to signing Irving if he becomes available.

Irving would be a huge name on the free-agent market if two things happen:

- If he is unable to agree on a new deal with the Nets, which seems increasingly likely.

While Irving would end up earning significantly less money by signing with the Lakers - roughly $30 million less - there is a $6 million taxpayer exemption he could sign to join the Lakers.

On "Undisputed," Skip Bayless explained why he believes that there is a real chance the Nets superstar ends up declining his player option to join L.A.

"I don't know how you can trust [Irving], but would I trust him at $6 million for one year? You better believe I would," Bayless said. "If you could get out from under Russell Westbrook ... and add Kyrie at $6 million, ... it's got some realistic chance. ... If you wind up with LeBron, going into Year 20, and [Anthony Davis] - God knows whether he'll stay healthy or motivated, but you'll still have Anthony Davis in the heart of his prime - and Kyrie at age 30, you're back in contention. At least you're a player now. At least you're a factor.

"Maybe Darvin Ham is more of a miracle worker than I think. He'd have to be really strong. He'd have to be the new sheriff in town to ride herd over that group. But your ability, your star power, your talent level rises exponentially if you add Kyrie to this mix."

Skip Bayless weighs in on the report that a Kyrie Irving and LeBron James reunion could be likely if the Nets star hits the open market.

"Kyrie lost over [$17] million last year because of the [COVID-19] vaccine mandate and not being able to play. ... Now you want him to opt out [and] take $30 million less, so that's $47 million over two years, just to play basketball," Sharpe said. "If money wasn't an issue, he'd say, 'You know what? Damn that max contract. I'm gonna take less than the max, and I want you to put guys around KD and myself to increase our opportunity to win.' He said, 'I want you to max me out.' So, obviously, money is very important to Kyrie Irving."

Shannon Sharpe weigh in on the report that a Kyrie Irving and LeBron James reunion could be likely if the Nets star hits the open market.

This past season, his third with Brooklyn, Irving played just 29 games and missed most of the season's home games due to his decision not to comply with New York City's COVID-19 vaccine mandate. What's more, he has appeared in just 103 of 216 regular-season games (47.7%) since arriving in Brooklyn.

"Kyrie is not a fool. You're not taking $30 million less after losing $17 million to go play for the Lakers, so I don't see that scenario materializing," Sharpe continued. "A lot of this might be ... threatening to leave, knowing that the ripple effect that it could potentially have on Kevin Durant. [If] Kyrie leaves, will Kevin Durant ask for a trade? And [Irving] is gonna play that card. 'My best friend is the best player on this team, and if I leave, there's a chance that he leaves.' ... That's hustlin' backwards.

"There's a chance, but I think it's very minute and infinitesimal at best."