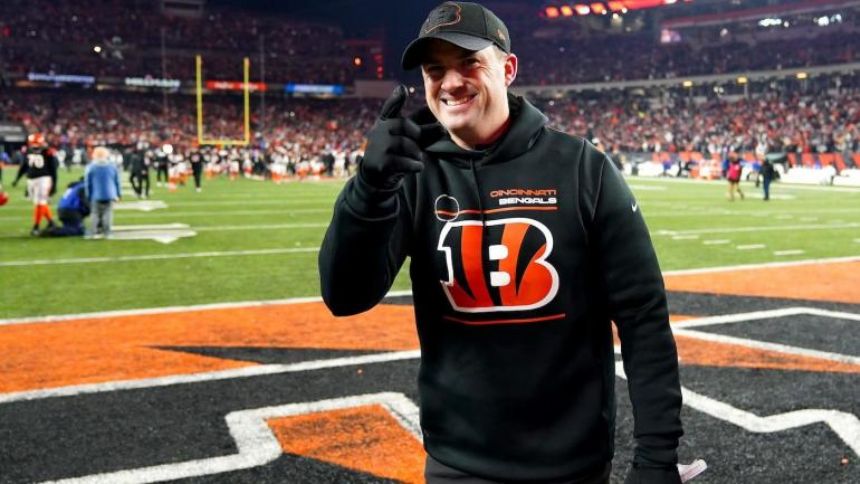 It marked quite the milestone for head coach Zac Taylor as well. He went a combined 6-25-1 over his first two seasons in Cincy, but went 10-7 in 2021 and the Bengals won the NFC North for the first time since 2015. Taylor knew how much this win meant to the city, so he showed up at a local Cincinnati bar and presented a game ball to the fans.

#Bengals HC Zac Taylor said after yesterday's game that he was going to give a game ball to the city of Cincinnati. He really meant it. Taylor showed up at a local bar and gave a game ball to #Bengals fans.

According to ESPN's Ben Baby, coach Taylor appointed a few players to deliver game balls around town. One of those players was tight end C.J. Uzomah, who caught six passes for 64 yards and a touchdown against the Raiders.

Saturday was quite a moment for the Bengals, but they aren't done just yet. Unless the Pittsburgh Steelers upset the Kansas City Chiefs on Sunday, Cincy is headed to Music City next week for a date with the No. 1 seed Tennessee Titans. If the Steelers win, the Bengals will play against the Bills in Buffalo next week.